Sharecafe.com.au "The Agency On A Mission To Disrupt Real Estate" 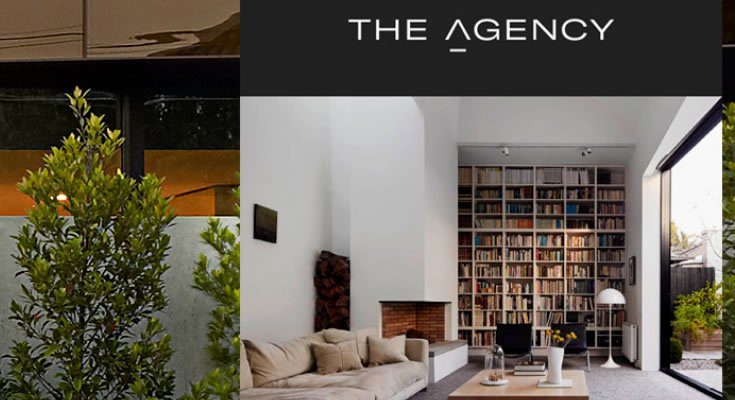 Perth-based real estate disruptor The Agency Limited (ASX: AU1) is a company on a mission, aiming to disrupt the real estate business by becoming the “mother ship” entity to a bevy of agents.

“We’re the entity that provides all the branding, marketing, training, administration, compliance and technical support, and we allow the agents to do what they do best – which is selling houses – with everything they need based in the cloud,” says The Agency managing director Paul Niardone. “They can do their business in a coffee shop, or in the vendor’s home, or in their own home – or come into our ‘hub’ for whatever they need.

As Ausnet Financial Services, AU1 listed on the Australian Securities Exchange (ASX) in December 2016, after raising $5.8 million. Ausnet rolled-out a new real estate business model called “The Agency,” and in December 2017, the listed entity changed its name to The Agency Limited.

The microcap – which is valued on the stock market at $18 million and a share price of 6 cents, after a one-for-30 consolidation in September 2018 – has two national brands, The Agency and the cloud-based Sell Lease Property business.

Niardone says the key to The Agency’s model is recognising that real estate agents have always been their own little small business. “If they don’t sell, they don’t get commission, and they don’t eat. Under our model, they only share the commission with us, not a principal, or a franchise,” he says. The agent’s commission share ranges from 75%–85%.

“We also give our agents access to value of property management, finance, conveyancing, insurance and risk, and we offer them an equity position in rent-rolls they bring, too, which they’ve never had,” Niardone adds.

The original intention was to roll-out this model in Western Australia first, and bed that down; but commercial serendipity intervened in early 2017, when a group of well-known estate agents were contemplating leaving the also-listed McGrath real estate group.

“We learned that some of the biggest names in real estate were leaving the McGrath Group, and we were able to pitch to them our model, and they joined with us,” says Niardone. “In just four weeks we went from looking at just setting up a real estate model in WA to trying to build a national company. We started behind the 8-ball, we hadn’t raised money initially to do that, but the board decided that the opportunity was too great to miss out on,” he says.

The acquisition of the McGrath alumni’s vehicle – Top Level Real Estate – was partially struck in January 2017, through a licence agreement and option; and then completed two years later. Top Level was licensed to use “The Agency” brand in New South Wales, Queensland and Victoria; the enlarged business recently opened in Canberra.

A constant flurry of capital raisings has been a steady drip of dilution, but Niardone hopes shareholders appreciate the national business The Agency has built, which now boasts 278 agents. “Bringing the Top Level people into the business turbo-charged our growth. We had a once-in-a-lifetime opportunity land in our lap, and we had to raise significant funds to grasp it. We’re now investing back into the business – we’re well aware that we have to balance that fine line between growth and profitability,” he says.

Properties under management are emerging as a solid backdrop to sales activity, with a total national management portfolio of 4,678 properties as at December 2019. In addition, the assets (mortgage book and rent rolls) that sit off balance sheet – which were valued at more than $31 million last financial year – contribute annuity income of more than $3 million a year.

The main financial metrics are trending in the right direction. In its preliminary (unaudited) half-year report, in January, The Agency was able to point to:

A maiden positive EBITDA (earnings before interest, tax, depreciation and amortisation) result, with for the December half year of approximately $500,000, compared to an EBITDA loss of about $1.5 million a year ago;

Gross commission income (GCI) for the first half of $24.9 million, which represents 66% of total FY19 GCI;

The trajectory of these numbers at least points to a pathway to profitability at the net profit level soon – meaning the FY20 full-year result will be eagerly awaited.